Hot Artists of the New Millennia 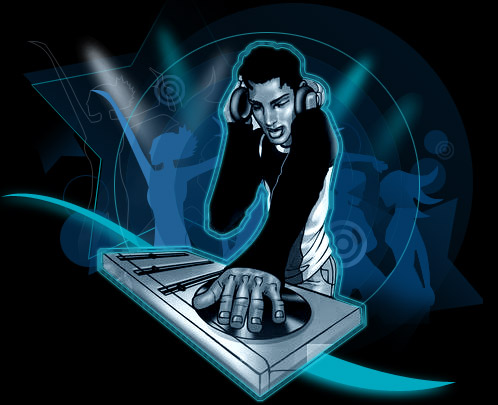 When it comes to music, Studio Brow offers nothing but the highest quality and energy tunes. Some of our favorite artists have been featured on Studio Brow Television, so we thought we would share them with you. Enjoy =)

Tiesto – Tijs Michiel Verwest, is a Dutch musician, DJ and record producer of electronic dance music. Although he has used many aliases in the past, he is best known for his work as DJ Tiësto. On his latest productions, however, he has dropped the “DJ” label and is now known simply as “Tiësto”, an artist name which is a twist of his childhood nickname. As at 2012, Tiësto attained the #3 poll position of the DJ Mag 100 Popularity Poll, and he refers to the styles he mainly plays as House, Electro House, and Progressive House. He plays a new balanced sound sometimes demonstrating lesser known genres such as Dubstep. For nostalgia, Tiësto still throws in the odd Trance House record, the style he became attached to in the early 2000s.

Avicii – Tim Bergling, known professionally as Avicii, is a Swedish DJ, remixer, and record producer. He ranked No. 6 on the Top 100 DJs list by DJ Magazine in 2011. Avicii’s most notable song has been the single “Levels” which was released officially 28 Oct 2011. The song had already been a major hit in the EDM world all through 2011, but after its official release it became a huge mainstream hit, greatly increasing Avicii’s popularity. The song was written by Avicii and Ash Pournouri and contains a vocal sample from the 1963 gospel-inspired “Something’s Got a Hold on Me” by Etta James. The same vocal sample was used first by Pretty Lights in his 2006 song “Finally Moving”. This sample was also used by Drum and Bass producer Logistics – “Call Me Back” and Flo Rida in his single “Good Feeling”, which was produced by Dr. Luke and Cirkut. It bears a close resemblance to the “Levels” song. In the Britain’s Got Talent semi-final, Greig Stewart performed this song on laser harp.

Hardwell – Robbert van de Corput, better known by his stage name Hardwell (born in Breda, Netherlands) is a Dutch progressive and electro house DJ and music producer. Breaking into the scene in 2009 with his bootleg of “Show Me Love vs. Be”, he has produced multiple hit EDM singles such as “Encoded” and “Cobra” and also made collaborations and toured with Tiësto. In 2010 he formed his own label Revealed Recordings and was ranked number 24 on DJ Mag’s Top 100 DJ list for 2011. Alongside other artists like Alesso, Deniz Koyu and R3hab, Hardwell was named an EDM artist to watch in 2012 by MTV.

Calvin Harris – Adam Wiles, better known by his stage name Calvin Harris, is a Scottish DJ, singer, songwriter, and record producer. His gold-selling debut album, I Created Disco, was released in 2007 and contained the top-ten singles “Acceptable in the 80s” and “The Girls”. His second studio album, Ready for the Weekend (2009), reached number one on the UK Album Chart and includes the chart-topper “I’m Not Alone”, the UK top-five hit “Ready for the Weekend,” and the singles “Flashback” and “You Used to Hold Me.”

Morgan Page is an American progressive house and electro house DJ from Los Angeles. His most widely recognized tracks are “The Longest Road”, “Fight for You” and “In the Air”. Morgan has received two Grammy nominations; a personal nomination for best remix with Nadia Ali and in 2009 his song was nominated for best remix (The Longest Road – Deadmau5 Remix). Page is signed to Nettwerk Records worldwide.

Skrillex – Sonny John Moore, better known by his stage name, Skrillex, is an American electronic music producer and singer–songwriter. Raised in Northeast Los Angeles and in Northern California, Moore joined the American post-hardcore band From First to Last as the lead singer in 2004, and recorded two studio albums with the band (Dear Diary, My Teen Angst Has a Body Count, 2004, and Heroine, 2006) before leaving to pursue a solo career in 2007. He began his first tour as a solo artist in late 2007. After recruiting a new band lineup, Moore joined the Alternative Press Tour to support bands such as All Time Low and The Rocket Summer and appeared on the cover of Alternative Press’ annual “100 Bands You Need to Know” issue.

Pitbull – Armando Cristian Pérez (born January 15, 1981), better known by his stage name Pitbull, is an American rapper, songwriter, actor and record producer. His first recorded performance was from the Lil Jon album Kings of Crunk in 2002. In 2004, he released his debut album titled M.I.A.M.I. (short for Money Is A Major Issue) under TVT Records. Since then, he has released three other albums under the label: El Mariel in 2006, The Boatlift in 2007, and Planet Pit in 2011. He released Rebelution in 2009, which included singles “I Know You Want Me (Calle Ocho)” and “Krazy”. The latter peaked at No. 30 on the Hot 100 and No. 11 on the Hot Rap Tracks charts while “I Know You Want Me” peaked at No. 2 on the Hot 100 and peaked within the top ten spots of charts in the UK, Canada, Italy, and the Netherlands. The song reached No. 1 in France and the European Hot 100 on the week ending August 29, 2009 according to Billboard magazine. He later signed with Polo Grounds Music through Sony Music and created his own label Mr. 305 Inc. Another single from Rebelution was “Hotel Room Service”, which peaked at No. 8 on the Hot 100. Rebelution went on to sell over 7.5 million worldwide digital singles and albums combined.

Flo Rida – Tramar Dillard (born December 16, 1979) better known by his stage name Flo Rida, is an American rapper and singer-songwriter. He released his debut album, Mail on Sunday, in March 2008. His debut single “Low”, featuring T-Pain, was a No. 1 hit for ten weeks in United States in early 2008. Two other singles resulted from Mail on Sunday: “Elevator” and “In the Ayer”. In 2009, his second album R.O.O.T.S. was released; its most successful single “Right Round” was at the top of the Hot 100 for six weeks. Since then, he has released his third studio album titled Only One Flo (Part 1), and his fourth titled Wild Ones.

Steve Aoki is an American electro house musician, record producer and the founder of Dim Mak Records. In July 2012, Aoki was added to the Pollstar Top 100 North American Tours in their 2012 Mid Year Report. The list designated Aoki as the highest grossing dance artist in North America for the first half of the year.

Ne-Yo – Shaffer Chimere Smith better known by his stage name Ne-Yo, is an American Grammy Award winning R&B singer-songwriter, record producer, dancer and actor. Beginning his career as a songwriter, Ne-Yo penned the hit “Let Me Love You” for singer Mario. The single’s successful release in the United States prompted an informal meeting between Ne-Yo and Def Jam’s label head, and the signing of a recording contract. In 2006, he released his debut album, In My Own Words, which contained the US number one hit “So Sick”, as well as the top 10 hit “Sexy Love”. Then in 2007, he released his second album, Because of You, which contained the US top 3 hit, “Because of You”. In 2008, he released his third album, Year of the Gentleman, which contained the top 10 hits “Closer”, “Mad” and “Miss Independent”. His fourth studio album, Libra Scale, was released on November 22, 2010. In 2009, Billboard ranked him as the 57th Artist of the 2000s decade. In addition to a successful recording career, Ne-Yo has amassed a catalog of chart-topping songs that he has written for other artists.

This entry was posted on September 20, 2012 by Studio Brow: The Cosmetic Ultralounge. It was filed under Uncategorized .