Get ready to RISE up with Studio Brow Revolution. If you’re looking to begin a career in the beauty industry, Studio Brow is the place for you.

Opportunities are limitless with the Cosmetic Ultralounge, from being a certified Browstar, to management and franchising.

Through this we teach our services and necessary techniques that are necessary to become a certified Browstar. We will prepare and compensate interested individuals who are accepted into our training program.

Studio Brow’s career opportunities are endless for people looking to join our staff as full-time or part-time Browstars, management and franchisees of future stores.

Studio Brow’s management and franchising opportunities provide for those with exceptional leadership qualities looking to own a location.

As our company continues to grow our sponsorship program is growing with it as well. Keith Rocco, a Nascar-Whalen Modified Race car Driver, has been racing with Studio Brow as a sponsor since March 2012.

Michael Moore, a Cleveland, Ohio-native and Star Promotions fighter joined the Studio Brow Boxing Team in January 2013. Moore brought in a victory at the Mohegan Sun Arena on March 24 against Dowel Carrasquillo in a unanimous decision.

In addition to sponsoring a wide variety of athletes, Studio Brow gives back to the community with sponsorships to local sports training centers.

Strike Zone, a Connecticut-based baseball training facility for all ages, has partnered with Studio Brow since January 2013. Studio Brow is giving back to the community by sponsoring Strike Zone to provide for the kids who join their training program.

We have manifested a movement unlike any other as the Cosmetic Ultralounge.

The possibilities are endless and we will transcend all imaginable boundaries.

The revolution has begun!

As the warm Summer months begin, be sure to get beautiful in the Cosmetic Ultralounge.

Get an eyebrow shaping, lash extension or perm, or build your beauty with Architecture Cosmetics, a Studio Brow exclusive line.

During your Summer days, enjoy trips to the beach or amusement parks and keep the fun rolling!

Lash Out This Summer Season 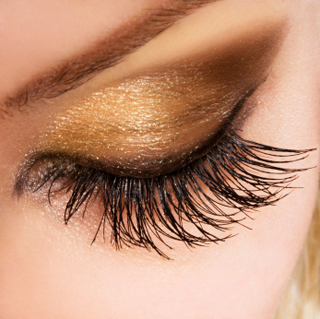 At Studio Brow, our lash services, coined Illumilash Lash Extensions, can are performed in one place; the Lash Lounge.

One of the pretty features of the eyes are the eyelashes. Taking care of eyelashes and maintaining them should be a routine.

– Condition your eyelash by the time you sleep. Eyelashes tend to break easily when they get dry. Make it a point to remove your eye makeup before you get to bed. Remove your mascara from an eyelashes. Put some petroleum jelly on a little cotton swab and stroke it on your eyelashes gently. Another easy way is to hold the cotton swab and allow some butterfly kisses by fluttering your lashes for some seconds. For pretty, long lashes, applying castor oil before you sleep is advised.

– To get a pretty, curled look, use an eyelash curler before applying a mascara. They always give you a natural look and when applied in the right manner, they allow no clumping of lashes.

– Make sure you coat both the top and bottom of your eyelashes. Start by coating the eyelashes slightly with a powder, as this will help hold the mascara that you will apply. make sure you don’t hold the mascara brush for long, instead, wiggle the brush to apply mascara. Apply on both top and cotton coats.

Thanks for reading. Stay Fresh!

With the hottest hits playing before anywhere else, Studio Brow TV provides for every customer who visits our stores.

One of the best ways for you to appear on our exclusive channel is to submit us a video of yourself telling what you love about Studio Brow.

Help let the world know about the Cosmetic Ultralounge by telling everyone about your favorite service or Architecture Cosmetics products. =)

Send us your video today! Email Media@Studiobrow.com for submissions.

Studio Brow would like to send some love for Mother’s Day this year.

Show her that you care by taking some time to make a phone call, send a card or buy her a little something =)

For this special occasion we recommend Pure Energy Gift cards for any amount and our extensive and exclusive line of Architecture Cosmetics.

With the release of Marvel’s The Avengers in May 2012, the fictional universe has expanded to make room in sequels for Iron Man, Thor, Captain America and the Guardians of the Galaxy.

Iron Man 3 is the sequel to Iron Man and Iron Man 2, and the seventh installment in the Marvel Cinematic Universe, being the first major release in the franchise since the crossover film The Avengers. Shane Black directed a screenplay he co-wrote with Drew Pearce, which is loosely based on the “Extremis” story arc by Warren Ellis. Jon Favreau, who directed the first two films, serves as executive producer, along with Kevin Feige. Robert Downey, Jr. reprises his role as the title character, with Gwyneth Paltrow, Don Cheadle, and Favreau reprising their roles as Pepper Potts, James Rhodes, and Happy Hogan, respectively. Guy Pearce, Rebecca Hall, Stephanie Szostak, James Badge Dale, and Ben Kingsley round out the film’s principal cast.

After the release of Iron Man 2 in May 2010, Favreau decided not to return as director, and in February 2011 Black was hired to rewrite and direct the film. Throughout April and May 2012, the film’s supporting cast was filled out, with Kingsley, Pearce, and Hall brought in to portray key roles. Filming began on May 23, 2012 in Wilmington, North Carolina. The film was shot primarily in North Carolina, with additional shooting in Florida, China and Los Angeles. The film’s visual effects were handled by a number of companies, including Scanline VFX, Digital Domain and Weta Digital.

Iron Man 3 was converted to 3D in post-production. The film premiered at the Grand Rex in Paris on April 14, 2013, and was internationally released on April 25, 2013 in IMAX and was released on May 3, 2013 in the United States.

The basic premise is as follows:

In a flashback, Tony Stark recalls a New Years Eve party in 1999 with scientist Maya Hansen, inventor of Extremis, an experimental regenerative treatment intended to allow its users to recover from crippling injuries. They are approached by crippled scientist Aldrich Killian, who offers them a place in his company Advanced Idea Mechanics, but Stark arrogantly rebuffs him.
In the present day during Christmas, some time after The Avengers, Stark’s experiences during that film are causing him great anxiety, and he has built several Iron Man suits, creating friction with his girlfriend Pepper Potts. Global tensions also run high in the wake a string of bombings by terrorist the Mandarin, which have left intelligence agencies bewildered by their lack of forensic evidence. When Stark Industries security chief Happy Hogan is caught in one such attack, Stark overcomes his stupor and issues a televised threat to the Mandarin, who responds by destroying Tony’s home with helicopter gunships. Pepper and Maya, who had come to warn Tony, survive the attack. Tony then finds himself in rural Tennessee after his artificial intelligence JARVIS follows a flight plan from Tony’s investigation into the Mandarin. Tony’s experimental armor lacks sufficient power to return to California, and the world believes him dead. Will Iron Man be able to save the day this time? Check it out in theaters now! =)

Posted by Studio Brow: The Cosmetic Ultralounge  |  May 3, 2013 | Categories: Uncategorized | Leave a comment

Studio Brow would love to send much love to all the mothers out there who have always provided the care that makes the world go round.

A little early, but we are very excited for Mother’s Day this year!

Pick up a Pure Energy Gift Card or Architecture Cosmetics products and give the gift of beauty!

We will see you very soon =)