Get ready to RISE up with Studio Brow Revolution. If you’re looking to begin a career in the beauty industry, Studio Brow is the place for you.

Opportunities are limitless with the Cosmetic Ultralounge, from being a certified Browstar, to management and franchising.

Through this we teach our services and necessary techniques that are necessary to become a certified Browstar. We will prepare and compensate interested individuals who are accepted into our training program.

Studio Brow’s career opportunities are endless for people looking to join our staff as full-time or part-time Browstars, management and franchisees of future stores.

Studio Brow’s management and franchising opportunities provide for those with exceptional leadership qualities looking to own a location.

As our company continues to grow our sponsorship program is growing with it as well. Keith Rocco, a Nascar-Whalen Modified Race car Driver, has been racing with Studio Brow as a sponsor since March 2012.

Michael Moore, a Cleveland, Ohio-native and Star Promotions fighter joined the Studio Brow Boxing Team in January 2013. Moore brought in a victory at the Mohegan Sun Arena on March 24 against Dowel Carrasquillo in a unanimous decision.

In addition to sponsoring a wide variety of athletes, Studio Brow gives back to the community with sponsorships to local sports training centers.

Strike Zone, a Connecticut-based baseball training facility for all ages, has partnered with Studio Brow since January 2013. Studio Brow is giving back to the community by sponsoring Strike Zone to provide for the kids who join their training program.

We have manifested a movement unlike any other as the Cosmetic Ultralounge.

The possibilities are endless and we will transcend all imaginable boundaries.

The revolution has begun!

Attention family and friends; Studio Brow wants to share some support for our champion, Elvin Ayala, who will be defending his title against John Mackey on Saturday, July 21 at @ the Mohegan Sun Arena.

BRANFORD, Conn. – When Elvin Ayala takes a break, it is only between punches to his opponents’ faces.

Ayala said this is the time to build himself up and take it to them.

Since 2010, Studio Brow has sponsored Ayala and backed him in each professional fight since then.

Massimo Ligouri is currently managing Ayala, and the fighter said he will be training with Marshall Kaufman of Reading, PA at the Muhammad Ali training camp in the Pocono Mountains.

As Ayala continues fighting, Studio Brow is building its brand.

“I feel comfortable working with Marshall (Kaufman). It will definitely be a positive experience,” he said.

After his March 30 bout with Eric Mitchell, Ayala said he has been keeping a good diet and running although not as strict as his pre-fight training.

When fighters win a title they have three months to defend it, otherwise it is stripped from them, he said.

“While I was in Florida, I did running and sparred with Demetrius Andrade,” he said.

While not in fight mode, Ayala said he really enjoys spending time with his family and “puts the beast away for a little bit.”

Because it is very demanding, physically and mentally, he said he needs to keep the time training and time spent with his family, such as his children and brothers, separate.

Whether or not he wins the eventual final match of his career, Ayala said what is most important is the experience of a good, strong fight to the finish.

At this point, Ayala said, “It is all or nothing. I am going hard and will make an impact. I want to win these titles and retire happy.” 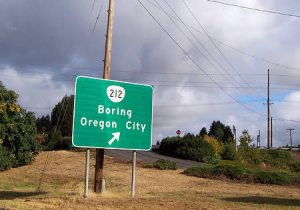 When visiting Studio Brow, we expect you may not have known entirely what we are all about and offer. That is O.K. because we want everyone to have their own experience and see for themselves.

When it comes to visiting the states of America, there are places people may not have expected to visit. To name a few:

And a partridge in a pear tree

Never? Never ever? Are you sure?
Neversink, New York
Neversink, Pennsylvania
Neverfail, Tennessee

Because I said so!
Why, Arizona
Whynot, Mississippi
Whynot, North Carolina
Ynot, Montana